Is the glass half-full or half-empty?

It was Jan “Tiger” Smuts who famously declared “the only thing an SA farmer can grow without a subsidy is a beard”. Times have changed, but farmers are still complaining, as is clear from last week’s cover story on SA wine in the Financial Mail.

The bombshell came from GT Ferreira who told Stafford Thomas “If I could turn back the clock, I would not do it again” referring to his establishment of his Tokara winery at the very top of Helshoogte. A winery that was acclaimed “most successful producer” at the recent Old Mutual Trophy Wine Competition and which has earned SA wine countless positive column centimetres in foreign organs. So where does that leave everyone else?

Of course GT is speaking to a financial audience (the readers of the FM) but labeling people seeking to buy farms in Stellenbosch as “suckers” doesn’t sound like the GT whose workers call him a friend and whose wines are such value for money, they appear in my Good Value Guru Diaries 2010 on sale at the Stellenbosch Wine Festival this week. GT is cosmopolitan and laid-back and my money would be on him making a joke along the lines of the hoary old faithful “the best way to make a small fortune in wine is to start with a large one.”

Likewise comments attributed to WOSA CEO Su Birch that “Fundamentally the wine business is not profitable…why would a sharp dude put money into this industry?” on the subject of Transformation in the SA wine industry is one aspect of a complicated socio-political situation not best analyzed by sound bites. Surely Piet Dreyer was also joking when he said he doesn’t use supermarkets to market his Raka wines as I’m still enjoying his Anchorage, a special bottling for Pick ‘n Pay.

Read more on SA wine: is the glass half-full or half-empty?

According to government regulations we are legally required to close our warehouse and other branches.

You are still able to place orders online, but we will only be able to dispatch them once regulations change. Orders will then be prioritized according to the date on which it was placed and paid.

Our phone lines will be down for the time being, but if you need to reach us you can send a mail to [email protected] We are experiencing an influx of mails, and will get to all of them, but please expect a delay on responses.

Please fill in your details below to be notified when we reopen again.

We hope you stay safe during these trying times.

Resubscribe to our Newsletter?

We noticed that you are not subscribed to receive our bi-monthly newsletters anymore – these are the perfect way to be informed about our latest wine specials and deals!

If you’d like to resubscribe please enter your email address below: 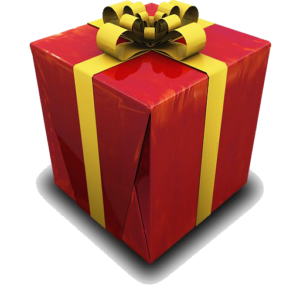 Please click here to update your profile with your birthdate, and qualify for a birthday voucher.